What To Know About Drug-Free Zones And Texas Criminal Charges 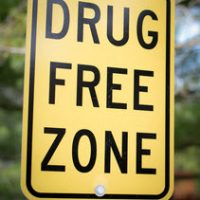 Our Texas criminal defense attorneys can provide you with more information about drug-free zones and how they can impact the charges you are facing.

What is a Drug-Free Zone Under Texas Law?

The increase in penalties can mean that a misdemeanor is increased to a felony, and that a conviction will result in jail time. When a felony is increased, you could face many additional years in jail upon conviction simply because an offense occurred in a drug-free zone.

Defending Against Drug Charges in a Drug-Free Zone

When you are facing drug charges in a drug-free zone, many of the same defenses you would use for any other drug charges (i.e., those outside a drug-free zone) may be applicable to your case. For example, you may be able to prove that you have a valid prescription for the drug that led to your arrest, or that you were unlawfully searched because the police did not have probable cause. Or, if you were induced by a law enforcement official to carry drugs into a drug-free zone, such as a school or playground, the defense of entrapment could be applicable. Many other defenses could apply, as well.

You should seek advice about the best defense strategy for your case by talking with a criminal defense attorney.

Are you facing drug charges in Texas that include potentially harsher penalties because of a drug-free zone? You should get in touch with one of the aggressive Temple drug crimes defense attorneys at The Law Office of Katie L. Gomez, PLLC to begin working on your defense.

By Katie L. Gomez | Posted on July 20, 2022
« What Are Controlled Substances In Texas?
Dropped And Reduced Charges, Dismissals, And Acquittals: What Are The Differences? »