What Are Controlled Substances In Texas? 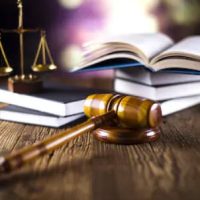 An experienced Temple drug crimes attorney can provide you with more general information about controlled substances and penalty groups under Texas law, and can speak with you today about the specific facts of your case.

Schedules I Through V

Different from the Schedules, drug penalty groups in Texas determine the criminal charge and potential penalty. All controlled substances in Texas that are possessed unlawfully or that are otherwise involved in a criminal act fall into one of the following penalty groups, with examples of each:

If you have been arrested for a drug offense, or if you are currently facing drug charges in Texas, a dedicated and aggressive Texas drug crimes defense lawyer at our firm can discuss the penalty group associated with your alleged offense, the potential consequences of a conviction, and possible defense strategies to employ in your case. Contact The Law Office of Katie L. Gomez, PLLC to learn more about how we can help.

By Katie L. Gomez | Posted on June 21, 2022
« What Does It Mean To Have A Drug Offense Dismissed?
What To Know About Drug-Free Zones And Texas Criminal Charges »