5 Things To Know About Marijuana Possession In Texas 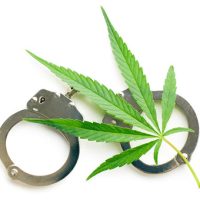 Possessing even a small amount of marijuana in Texas or a product containing THC can result in serious criminal charges that ultimately can lead to jail time and significant fines. If you are arrested for possession of marijuana or you are facing charges, it is critical to seek help from a Temple drug defense lawyer to begin strategizing about the best defense in your case. In the meantime, the following are five things to know about marijuana possession laws in Texas.

In order for a person to be convicted of possession fo marijuana under Texas law, it is necessary for the prosecution to prove knowledge or intent of possession. The statute expressly states, concerning the offense of “possession of marihuana,” that a “a person commits an offense if the person knowingly or intentionally possesses a usable quantity of marihuana.” Accordingly, if you are driving another person’s vehicle and you do not know they have marijuana in the glove box, for example, you cannot face penalties for possession.

Under the Texas Compassionate Use Program (CUP), possession of a small amount of marijuana may be lawful for certain patients with a valid prescription for medical purposes.

There are many possible defenses to marijuana possession depending upon the facts of the case, such as:

While you might assume that you can handle your own defense if you are a first-time offender, or if you were caught in possession of only a small amount of marijuana, it is critical to keep in mind that Texas takes marijuana possession very seriously, and it is critical to have assistance from a criminal defense lawyer with experience handling cases like your own.

Get in Touch with a Texas Drug Crimes Defense Lawyer

Whether you have questions about a family member’s drug charges or you need help defending against marijuana possession charges, you should contact one of the experienced Temple marijuana possession defense attorneys at The Law Office of Katie L. Gomez, PLLC for assistance with your case.